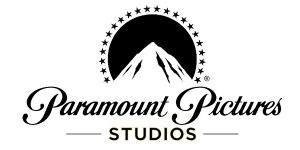 While with his company Oh,hello Studios, Paramount asked us to come up with some Snapchat engagements for the film “Scouts Guide to the Zombie Apocalypse”. For this concept we came up with the idea to ask fans of the film to provide us with pics of their cats, which we would in turn into zombies’. The turn out was incredible. We received nearly 1000 entries in 3 days and chose the top 25 to ‘zombie-fy’ which we created OVER NIGHT. Their reactions were priceless and they were all so thankful. Even after the engagement was over, fans kept talking about it so we did it another run. We ran several engagements leading up to the release of the film that our client Paramount Pictures, were pleased with due to performance.

Scouts Guide to the Zombie Apocalypse was a fun film filled with crude adolescent humor. Our client asked us to push the limit and really get into a teenage mindset across all channels. On top of static bursts we also cut mini trailers of the content with special text and graphical overlays that we formatted for Snapchat.